My photos from Israel are now up on my website.

A few of my favorites: 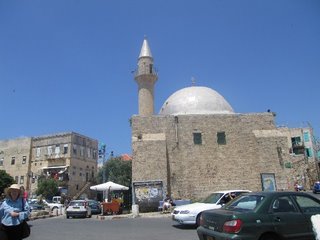 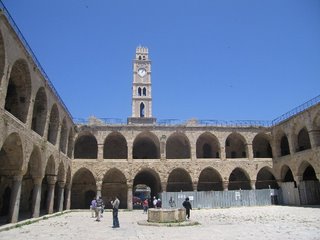 A mosque and a church in Acre (Akko), a city held at various times by Jews, Greeks, Romans, Cruaders, and Muslims. 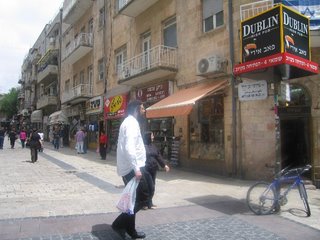 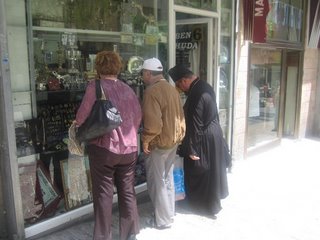 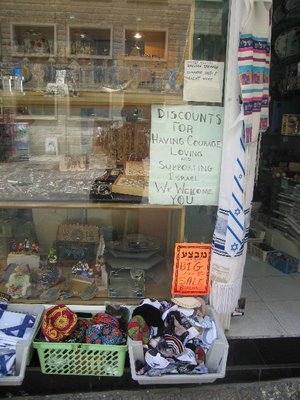 On Ben Yehuda street, a pedestrian mall/shopping center in Jerusalem, the city's three religions mix, and a sign in a shop window expresses appreciation to foreign visitors. 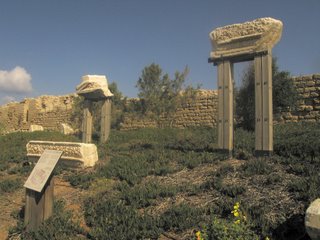 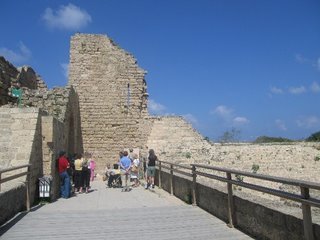 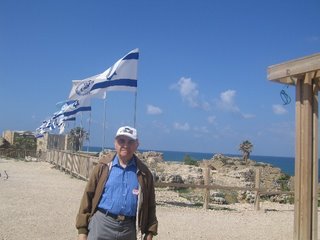 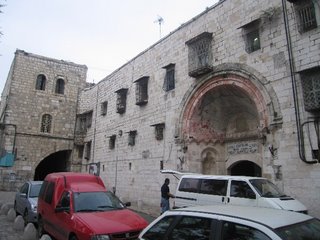 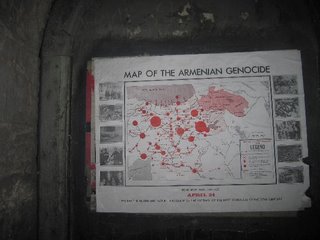 Jerusalem: The Armenian quarter and a map of the Armenian genocide on a wall (I saw several of those on a single block). 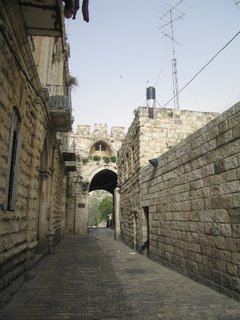 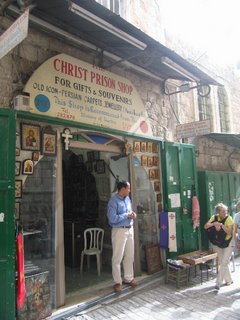 Jerusalem: Via Dolorosa and the "Christ Prison Shop." 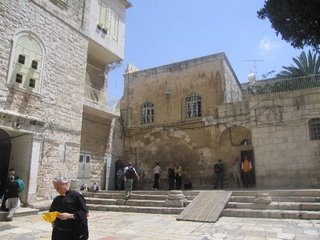 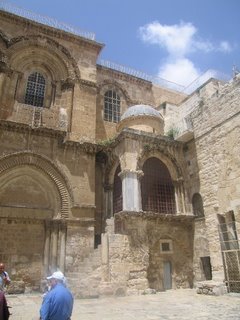 Jerusalem: the Church of the Holy Sepulchre, believed to stand on the spot where Jesus Christ was crucified and to house the tomb in which he was buried prior to the Resurrection. Recapturing the "Tomb of the Lord" from the infidels was the main objective of the Crusades. 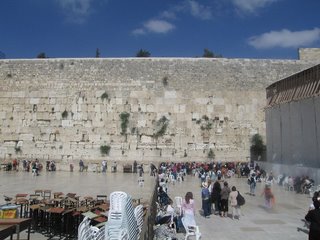 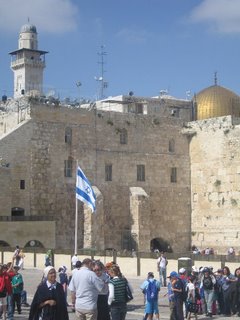 The Western (Wailing) Wall (the women's prayer section is on the right), and another view of the wall with the golden Dome of the Rock (a famous mosque) behind it. 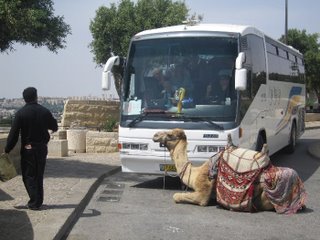 Seen from the back (not on purpose), the camel handler on the Mount of Olives who complained to our cabdriver that the terrorists had almost ruined his business. Oh, and the camel, of course. 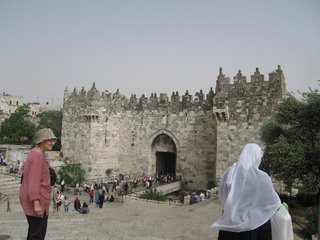 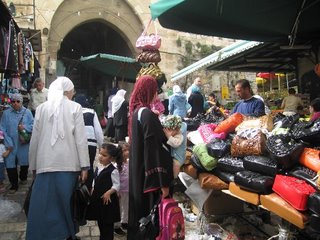 The Damascus gate and the market in the Muslim Quarter. 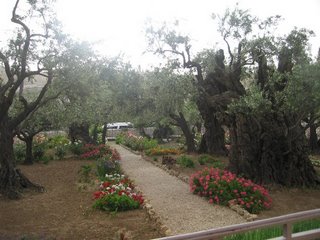 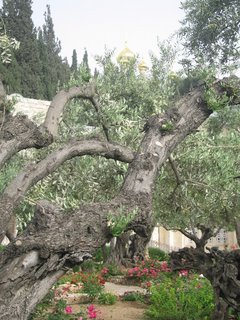 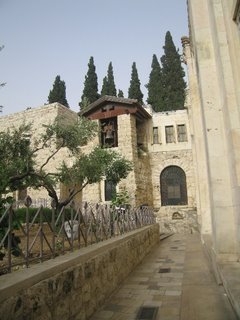 The Gethsemane Garden, with eight olive trees said to date back to the time of Christ. 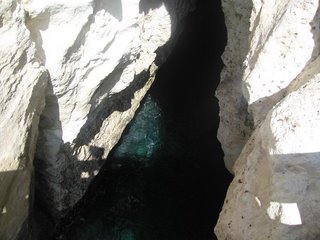 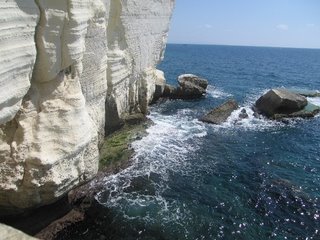 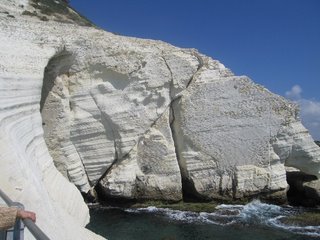 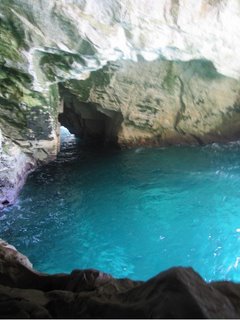 The lime rocks and grottoes at Rosh Hanikva. 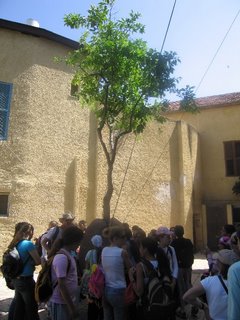 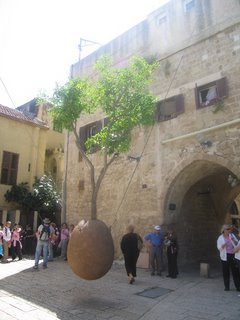 In Yafo (Jaffa), an unusual monument symbolizing the rebirth of Israel: a tree growing out of an egg-like rock.
Posted by Cathy Young at 3:17 AM

Welcome back!
--a big fan

Thanks, elf! :) Good to be back in the blogosphere.

Lovely pictures! I particularly like the egg-tree thing in Jaffa; I think it's a neat idea. :) Looks like you had a great time.

Those are some GREAT pictures! Cool!

Comments made ??about the issues impressed me. I like your site.
Fue Saç
Diş Doktoru

Nice and lovely pictures. Thanks for share this. If you love to do online shopping can Buy Sunglasses for Women .